Our main reason for staying at Kawaguchiko was so we could make an easy day trip to Mt. Fuji’s Fifth Station. Sadly, when we arrived, we found out that the usual buses weren’t running because of repairs being done to the road (I think because of the earthquake and/or aftershocks). Nonetheless, we got to see the mountain from a distance, and to enjoy other activities in the area.

Where we stayed: Konansou Hotel (no English website). Spacious rooms and friendly staff, but lacking in some amenities (e.g., the only internet offered was a pay-per-use terminal that was incredibly slow and kept demanding money every four or five minutes even though it was supposed to last for ten). We really enjoyed the hot pot dinners but found the very Japanese-style breakfasts a little unpalpatable (lots of fish and rice). 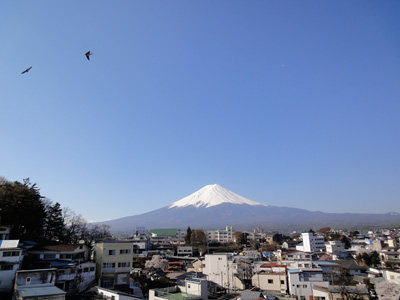 (The view from our hotel room.)

Walks around Kawaguchiko Lake. The lake and its surrounding hills and mountains make a very atmospheric setting, with easy walking paths. I’m not sure how much this was because of the recent disaster and how much it was normal, but in late April the area was incredibly quiet and we could walk for a number of minutes without running into another person. (Unfortunately, this also meant that in town we had some trouble finding restaurants open for lunch.) 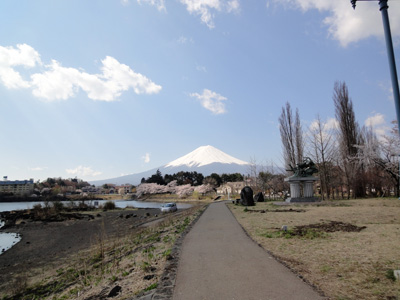 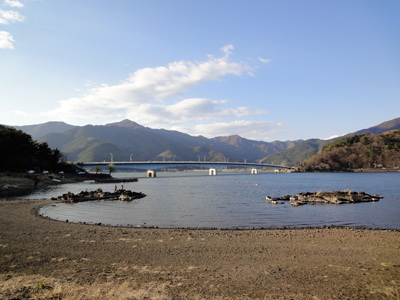 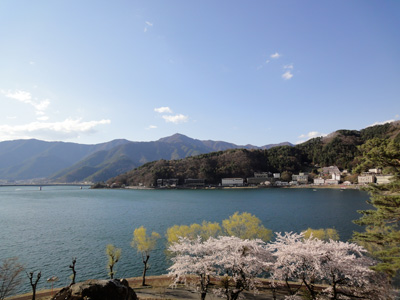 Mt. Tenjo. One of the mountains along the lake, which we ascended via the Kachi Kachi Ropeway and then hiked back down. Great views and not too hard a walk going down. 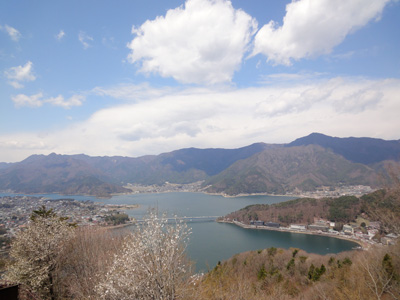 There’s a hop-on hop-off bus service around Lake Kawaguchiko and the neighboring Lake Saiko. We hopped on to check out a couple of the sights over by Saiko.

Bat Cave. Large cave left very natural (watch your step!) with some interesting rock formations. Probably not advisable if you’re claustrophobic as a few parts of the path are a little tight. The ticket building also has a “museum” with a little bit of bat info (mostly in Japanese) and a whole bunch of posters for the old live action Batman TV show. 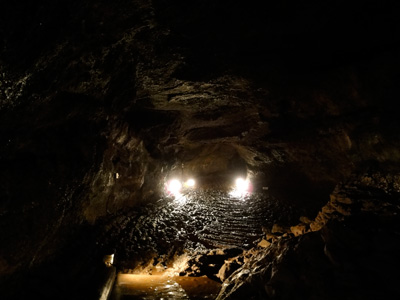 Iyashi no Sato farming village. A reconstruction of a former farming village, all in the thatched roof style, operating as an open air museum with several buildings focusing on different traditional crafts, and shops where you can buy samples of those crafts. Nice views, too! 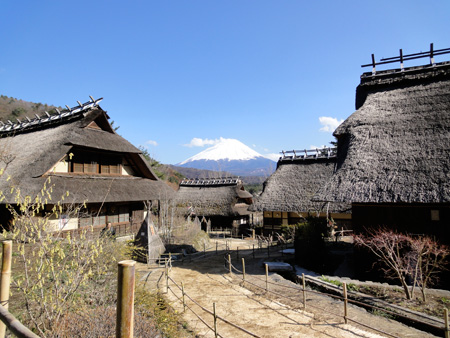