I’m joined this week by Kirstin Cronn-Mills, author of the contemporary YA novels The Sky Always Hears Me and (coming in October) Beautiful Music for Ugly Children. Kirstin is a self-proclaimed word nerd. She lives in southern Minnesota, where she writes a lot, reads as much as she can, teaches at a two-year college (she won the Minnesota State College Student Association 2009 Instructor of the Year award), and goofs around with her son, Shae, and her husband, Dan. Today she talks about taming her Inner Bully. 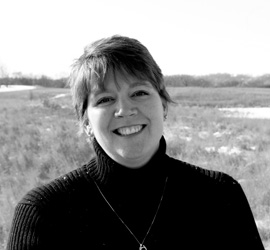 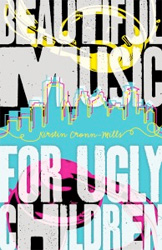 My Worst Bully by Kirstin Cronn-Mills

The anthology Dear Bully has gotten a lot of press in the last year—as it should!—because the authors who wrote it are speaking back to their bullies. Bullies hate that, you know. I have a bully in my life, and it’s taken me years and years to speak back to her. What’s her name? Kirstin, but I call her The Bad Voice, or TBV. She can’t physically hit me, but her words are a punch to my gut every time she opens her mouth.

TBV has kept me company for years. Way back when I was a kid, TBV heard the questions I kept asking myself: what’s wrong with me? Do my parents care about me? Why don’t other kids want to play with me? Nerdy smart kids don’t mix well with small towns, so my self-confidence wasn’t great to begin with. Since nobody was answering, TBV decided to speak up: everything is wrong with you, of course. No, your parents don’t care about you. Other kids don’t want to play with you because you’re awful.

By the time I was a grown-up, TBV was constantly chattering in my ear. Should I be an English major? What can you do with an English major? You can’t be trusted to figure out your future. Is he the right guy for me? You’re too dumb to figure that out. And guys don’t like nerdy English majors—especially ugly ones.

You can imagine how Inner Bully reacts to the world of publishing. You’re too stupid to be a writer! You’re writing the wrong thing—nobody reads edgy contemporary YA. Teenagers hate you! Can’t you tell? That editor hates you. Librarians can’t stand you, either. It’s possible what she says is true, at least for some people. Who knows? But now I know TBV lies—bullies are great liars. And I’m not friends with liars. 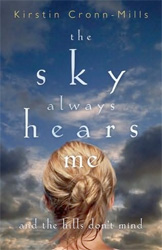 Most days (though not all of them) I’m wise enough to know the little girl who thought she was awful is now a woman who understands she’s just fine. I may never win an award or make enough money to quit my day job, but I like my books, and other people like them too. I’ll keep writing, because you never know what could happen. My best-seller could be right around the corner! If I quit writing, I’ll never find out.

Now, when The Bad Voice starts yelling, I offer her chamomile-pear tear while I listen. Then I whisper some soothing words, give her a hug, and send her to a dark corner of my mind. Then I go back to my story. I was silly to trust her for so many years, but she was talking about important stuff, so I thought I had to listen. Then somehow I realized I could listen to my heart instead. That sounds so corny! But I don’t know what else to call the Good Voice. Yes, my parents cared about me. Being smart is a good thing. I’m not ugly. I make good decisions. I can figure out my future.

Flesh-and-blood bullies are bad—no question—but inner enemies can be just as awful. I’m sure I’m not the only one who lives with The Bad Voice. I just hope other people can send theirs away sooner than I could. Life is so much better without her.