This week I’d like to welcome Julia Karr, author of the YA science fiction novel XVI and its sequel, Truth. Julia’s schooling in the art of writing came from reading, voraciously. As a young mother, reading books to, and eventually with, her daughters, she fell head-over-heels for children’s literature. While still working a nine-to-five job, after hours she can be found at home, sitting on the couch tapping out stories on her laptop, with one of several cats draped behind her and her dogs sleeping nearby. Today she discusses struggling to stand up to one’s fears. 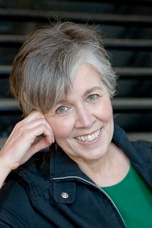 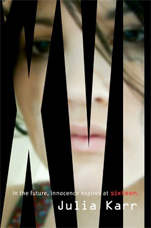 What do I struggle with? by Julia Karr

Thank you, Megan, for asking me to write a post for your blog! Of course, it IS a tough subject – talking about something that I struggle with. I have to say – I have a wealth of possibilities! lol! However, I think the one that’s at the root of all struggles (at least for me) is fear.

I’ve been fighting against fears of some kind or another since I was a little girl.

The fears I face now are just as frightening and paralyzing as the bogey man outside the door fears. Which, actually, for me weren’t pretend. When I was a young teen living with my grandmother and sister we were terrorized by a stalker who would come around at night and rattle the windows, scrape on the screens, tap on the doors, and during the day he’d make obscene phone calls to us. Even with increased police patrols and a neighbor who was always at the ready with his shotgun, we never found out who was doing it.

I remember one particular night I was sitting in the living room reading and he started clawing on the screen. I stood up and screamed at the window for him to go away and leave us alone! I don’t recall if that was the end of his tormenting us – but it was the end of me being terrified. Sure, I was still scared, but I didn’t feel powerless after finding my voice.

So – I was thinking how this relates to present struggles for me and how I face down my fears (scream at the window, as it were.) 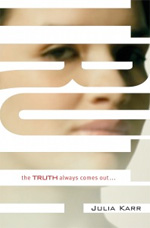 One of the biggest fears for me is that I’m not “good enough” as a writer. The struggle I have keeping that at bay comes from comparison. Comparing numbers of any variety (Goodreads ratings, Facebook fans, Twitter followers, Amazon ranking, Book Scan numbers, etc., etc., etc.) is not an author’s friend. Particularly not this author. Numbers do absolutely nothing to help you become a better writer – nothing.

My struggle is to keep away from the numbers, from reviews, from anything that might bring up a comparison (good or bad.) Because this writing business isn’t a competition. It’s a personal desire for me to put words on paper – telling a story – and to get better at it as time goes by.

I don’t always succeed, because I don’t live in a bubble. But, being aware of the challenge and recognizing when I’m getting caught up in it gives me the opportunity to step away from the toxic comparing and get down to the business of writing. Because there’s only one person I need to be a better writer than – and that’s myself.

Thanks for having me, Megan!