When I went to high school, Ontario students who wanted to go to university were required to complete several courses at a grade 13 level, called OAC (Ontario Academic Credit). So I spent five years at Riverdale, and a whole bunch of my journal entries are set there. The main areas you’ll see mentioned are: 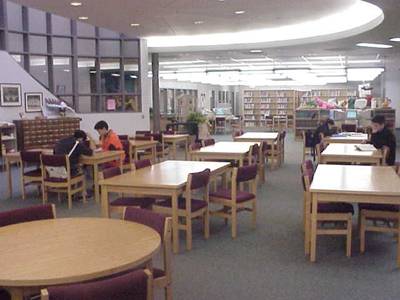 (where I often spent lunch hours after I’d eaten, finishing homework so I wouldn’t have to do it at home or just hanging out with my friends) 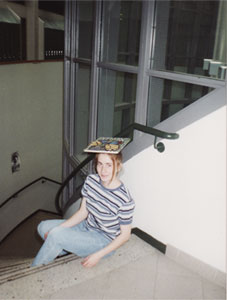 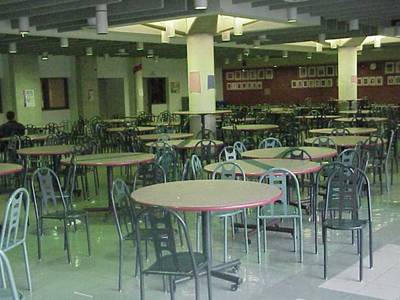 (where I usually ate lunch with my friends)
The atrium (below) 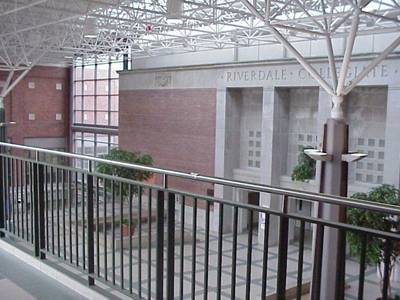 (an open area in front of the auditorium, which was also a common lunch-time and before/after class hang-out)

Every morning we had “homeform”, which was where we’d have attendance taken and listen to the national anthem and the morning announcements. Usually it was in the same classroom with the same teacher we had for our period 1 class. We had a four day schedule, with eight periods, four on each day, two in the morning, two in the afternoon, with a common lunch hour in the middle. The only difference between the first two days of the schedule and the second two were that our last two periods each day were reversed. (So, day one would be periods 1, 2, lunch, 3, 4, and day three would be periods 1, 2, lunch, 4, 3.)

With each year we got more and more choice in our classes. I always took an English course and a history course, and most years I took some sort of geography and social science (politics, psychology, etc.), as well as visual art. I made myself take math through grade 11 and then stopped–I’ve never enjoyed working with numbers. I also took all of the introductory level sciences (biology, chemistry, physics, and environmental science) because I wanted a base understanding. After the mandatory French class in grade 9, I switched to Latin for my foreign language and continued with that for the three years offered.

I was involved in various clubs throughout high school, but most consistently speed swim and synchronized swimming (red arrow points to me): 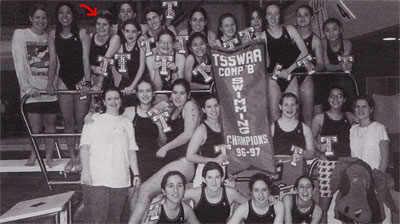 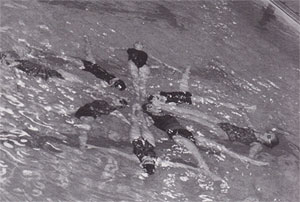 (yearbook photos of the speed swim and synchro teams)

I was also on the school newspaper staff for three years, and participated in a club called Riverdale Against Discrimination (R.A.D.) that focused on combating sexism, racism, homophobia, and other types of discrimination. 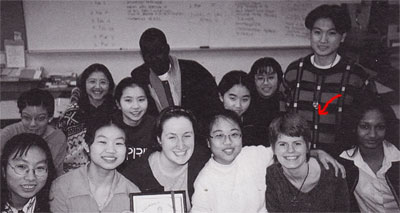 Probably the most unique part of my high school experience was that, within the school, I got a small taste of what it’s like to be a visual minority. Riverdale is located in a very multicultural part of Toronto, with the smaller (though still pretty large) of our two Chinatowns to the west, Little India to the east, and Greektown to the north. The majority of the students were Chinese, along with many Vietnamese and East Indian kids. In many of my classes, I was the only Caucasian girl. 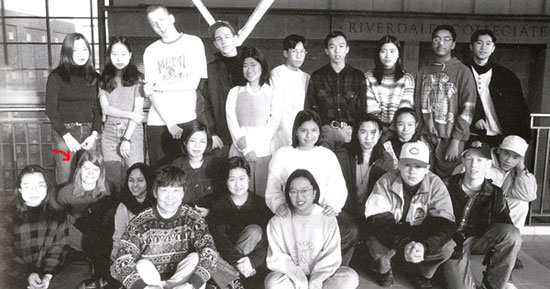 Most of my friends hadn’t been born in Canada (or North America, for that matter), and I gained a whole lot of perspective from them that I doubt I would have otherwise.