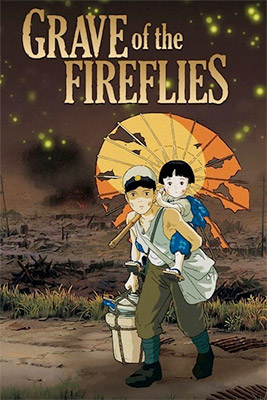 What it’s all about: In the aftermath of a World War II bombing, two orphaned children struggle to survive in the Japanese countryside. To Seita and his four-year-old sister, the helplessness and indifference of their countrymen is even more painful than the enemy raids. Through desperation, hunger and grief, these children’s lives are as heartbreakingly fragile as their spirit and love is inspiring.

Why you should watch it: If you’re unconvinced of the horrors of war, not just on the battlefield but for the civilians caught in the midst, this movie will do it for you. It’s heartbreaking but never preachy, celebrating strength and endurance but also acknowledging that there are situations even those qualities can’t overcome. The siblings’ relationship is so authentic it’s impossible not to get caught up in their struggle to survive and to be there for each other. Warning: This is a total tearjerker, so watch prepared.

What war movie have you found most affecting? Let me know in the comments.