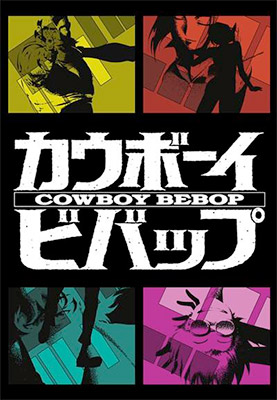 What it’s all about: The Bebop crew is just trying to make a buck. This motley lot of intergalactic loners teams up to track down fugitives and turn them in for cold hard cash. Spike is a hero whose cool façade hides a dark and deadly past. The pilot Jet is a bruiser of a brute who can’t wait to collect the next bounty. Faye Valentine is a femme fatale prone to breaking hearts and separating fools from their money. Along for the ride are the brilliant, but weird, hacker Ed and a super-genius Welsh Corgi named Ein. On their own, any one of them is likely to get lost in the sprawl of space, but together, they’re they most entertaining gang of bounty hunters in the year 2071.

Why you should watch it: One of the best blends of science fiction and western I’ve ever seen—with a jazzy flare provided by Yoko Kanno’s fabulous soundtrack—this show and its characters have a lot more going on than the official description suggests. There are lots of laughs and lots of hijinks, to be sure. But as the story progresses, the relationships deepen and complicated pasts are revealed, details that seemed like throw-away gags early on turn out to have unexpected meaning, and you’ll find yourself more invested than you ever anticipated. A must for any sci fi fan.

What’s your favorite genre mash-up? Let me know in the comments.