I’m a little sad to say that today I’m sharing the last of my The Ways We Struggle guest posts. It’s been inspiring hearing about all the obstacles my writing colleagues have overcome, and I hope you’ve found it so too.

Last but certainly not least, we are joined by Janni Lee Simner, author of the YA fantasy Bones of Faerie trilogy and Thief Eyes, as well as the MG Secret of the Three Treasures and Phantom Rider trilogy. Janni has also published more than 30 short stories for kids, teens, and adults, including appearances in Welcome to Bordertown, Cricket magazine, and Moving Targets and Other Tales of Valdemar. She lives with her husband, Larry, in Tucson, Arizona. Today she talks about the difficulties of letting go. 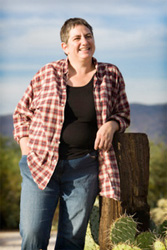 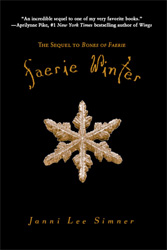 The Way I Struggle by Janni Lee Simner

It’s been fascinating reading the posts in this series, because so many of them resonate with things I’ve struggled with as well: jealousy, control, imposter syndrome … things that are a little uncomfortable to admit to, but, well, one of the things about a series like this is that it reminds us all that there’s nothing we struggle with that others don’t struggle with, too.

So here’s one more thing I struggle with: letting go.

That’s related to control, but it’s not only about control. For me at least, it also means holding on to things that have nothing to do with control. It means keeping close that hurtful thing someone did two years ago, or five, or ten, long past when they’ve forgotten. It means beating myself up for that hurtful or maybe just awkward thing I said, long past when it could possibly have any effect. It means letting the past cast longer shadows than it deserves to cast over the present.

Holding on isn’t always bad, of course. It’s holding that let me continue writing during the ten years between selling my first three books and selling the next. It’s holding on that made me return, time and again, to an opening scene that I loved but couldn’t find a story for, until a decade later I finally wrote the rest of the book that became my first YA fantasy, Bones of Faerie. And holding on to what it feels like to be eleven or sixteen years old is pretty much required for telling stories with characters who are also these ages.

Like all our tragic and not-so-tragic flaws, holding on is a strength and a weakness at once. I tend to think of it as problematic when it ties me up in knots inside, or when it keeps me from moving on.

Sometime during that ten-year career gap, I realized holding on was one of the things that was holding me back.

I was holding on to three different things at once: a work-for-hire project that I was the wrong writer for; a writer’s group whose members had different processes and looked for different things from critiques than I did; and an agent who, while the just-right agent for other writers I respect, wasn’t the right agent for me or my stories. I held onto the work-for hire project for a year, trying to write the book the packager’s editor wanted. I held on to the writer’s group and the agent both for five years.

When I finally did let go, it wasn’t because I was on my third page-one rewrite of the work-for hire project, or because I left the writer’s group meetings depressed and disheartened, or because the agent had been unable to sell any of my original work. In retrospect, there were clear enough signs things weren’t working, but in all three cases, instead of making an active decision to leave, I passively waited for some clear sign that things had gotten bad enough that I was “allowed” to let go.

For the work-for-hire project, I waited until I realized the in-house editor of the project liked the same drafts my packager editor was rejecting, meaning nothing I did would ever result in a book we all accepted. For the writer’s group, I waited until we reached a point where of one of the other members was calling me unprofessional for workshopping rough drafts and refusing to outline, and even then, I took a three-month trial hiatus before leaving for good. For the agent, I waited until I wrote a book that was not only one he couldn’t sell, but one he didn’t believe in enough to try to sell.

I don’t blame work-for-hire project, writer’s group, or agent for this, at least not anymore. Because it wasn’t their job to let go for me. It was my job to step back, admit to myself things weren’t working, and either try to fix them or admit I didn’t want to try to fix them, and move on. 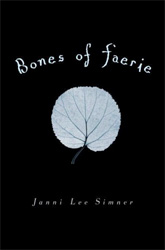 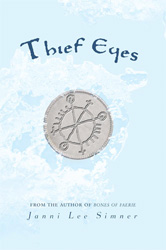 Once I left, I began selling books again, and helped start a new writer’s group, and signed with a new agent. I also began to be more actively for signs that it was time to let things go before they got bad.

A couple years later, I saw those signs very clearly, not in my writing life, but as a Girl Scout leader. After eight years, the girls in my troop were about to start high school, and they were getting busy with other things, so busy that whenever we tried to schedule an event, they’d run into conflicts. Over and over again I’d tell them it was fine if they were too busy for an activity, and over and over again, they’d complain bitterly that I didn’t understand that… they were too busy for that activity, never mind that I’d just said I did.

I finally realized out that on some level they, too, knew it was time to leave, but were waiting for things to get bad enough that they felt they were allowed to — had no choice but to — let go and move on, even if they had to generate the angst to make things that bad themselves.

I decided I wasn’t willing to let these girls, who’d become friends and who’d loved Scouting for so long, leave the troop angry and bitter. We talked, though at first they didn’t want to. We looked at our schedules. We cut back to once a month meetings, and we talked some more. We stopped meeting altogether and planned one last, grand weekend of horseback riding, and then — with tears but also with fond, not-at-all bitter memories of our time together–we let go, and doing so felt good and right and as it should be.

I remain on the lookout for those moments when I’m holding on to the wrong things, because of course I still have them. Fortunately, I also have my stories, which sometimes understand what I need to work on better than I do.

When I wrote Bones of Faerie — which became the first book I sold with my new agent — I created a protagonist, Liza, who had summoning magic she could use to call things to her. Whatever she called had to come, and it had to stay until she released it. In Bones of Faerie, that magic saved Liza and her loved ones’ lives. In the sequel, Faerie Winter, it continued to do so, but I also began exploring the problems that went with such magic. And by the third book — Faerie After, due out in 2013 — I found myself telling a story where summoning magic threatens to destroy everything and where the fate of more than one world just might depend on Liza’s ability to let go.

Looking back, I suppose I should have seen that coming all along.