This week, please welcome Saundra Mitchell, author of the paranormal YA novels Shadowed Summer, The Vespertine, its sequel The Springsweet, and (coming in 2013) Aetherborne and Mistwalker. Saundra is also the editor of the forthcoming YA anthology, Defy The Dark. For almost fifteen years, she was the sole screenwriter for the Book of Stories, On the Road, Fresh Films and Girls in the Director’s Chair short film series. In her free time, she enjoys studying history, papermaking, and spending time with her husband and her two children. Today she talks about struggling with the feeling of being an imposter. 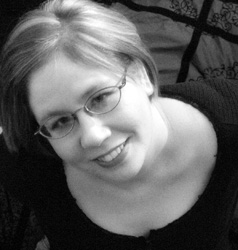 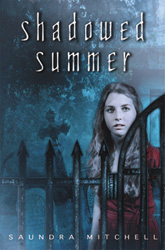 The Way I Struggle by Saundra Mitchell

There’s a psychological phenomenon called impostor syndrome. It’s not a mental defect or disease. It’s more a condition. When someone can’t internalize their accomplishments, when they believe they’re incompetent and are just waiting for people to figure out they’re a fraud. That’s impostor syndrome, and it’s particularly potent when you’re looking at a book that’s due and hating every single word of it.

There are so many gatekeepers in publishing, and so many people trying to get past them. And the fairytale stories abound. You know, the ones where somebody dreamed a book and wrote it, and twelve months later, they’re a New York Times Bestseller. So every time I leap a gatekeeper, there’s the moment when I feel like I’ve cheated. That it was luck. Or a hole in an editor’s schedule, or my agent’s particularly silver tongue that made it possible.

I learn more craft with each book I write. Which means the more I write, the worse I am at it*. I see so many more mistakes. So many more pitfalls to avoid. The first 20,000 words are when I’m the worst impostor. Sometimes the impending sense of disaster lifts once the exposition is done. Sometimes, every single word of a novel is torment. When I look at it and know: This is the book that will make my editor quit me, my agent fire me, and ruin my career.

Then Kirkus gives it a thumbs up and instead of celebrating, I wonder how they missed the disaster on those pages. 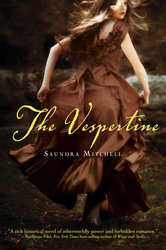 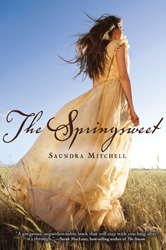 I suppose it’s only fair, though. Not as often, much more elusively, there are god moments. When the book comes easily, perfectly, everything is working. When there’s a light in my soul and fire in my fingers, and I’m living every single terrible simile and metaphor for inspiration. Those moments intoxicate and entice. They don’t make up for the fraud muse, but they balance it.

There’s a fine line between confidence and arrogance. Fortunately, there’s always the impostor syndrome — waiting in the dark. Lurking beneath the stairs. Licking its chops in anticipation of the next submission, the next exposition, the next gatekeeper in the distance.

That’s what I struggle with: the certainty that I’m not good enough to publish books for a living, and the paradox that I’m still doing it. I just hope that I realize the moment that I actually start to fail. Until then, I will doubt and do it anyway. The rewards are just too great.

*Theoretically, I’m getting better; I’m just more aware. But it sure doesn’t feel that way when I’m staring at a blank page and seeing all the mistakes that could fill it before I write a single word.