This week we’re hearing from Leah Cypess, author of the YA fantasy novels Mistwood and Nightspell. Leah’s studied biology and law, and she lives in Brookline, Massachusetts (right outside of Boston) with her husband and their three children. She sold her first short story while in high school. And she’s struggled with something I suspect almost all of us, authors or not, do: jealousy. 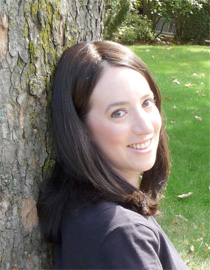 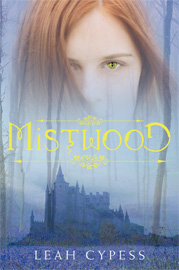 What I Struggle With by Leah Cypess

This is a very personal post, and one I was thinking about not putting up. I was going to write about how I struggle with deadlines (true) or getting enough sleep (oh so so true) or any of the dozens of things I struggle with on a constant basis. And any of those posts would be honest. But those are things I’ve struggled with all my life, whereas since becoming a published writer, I’ve had many triumphs and joys and ups and downs, but one main new area of struggle.

It may sound weird, but growing up, I was never jealous. I didn’t even really understand jealousy. Obviously, I wasn’t the smartest or the prettiest or the most successful, and of course I wanted to be smarter, prettier, and more successful – but this never translated into jealousy for the people who had the things I wanted. They had them; I didn’t. Whether or not they had these things hardly seemed to have any bearing on whether I did. And even in cases where it was a competition, for some reason it was never personal to me.

When I was in high school, a friend told me she had listened to a fantastic speech by a rabbi she liked on the subject of envy and how to deal with it. She gave me a cassette tape (yes, really) of the speech, and I took it, but I never got around to listening to it. It may sound difficult to believe, but envy was something I’d truly never experienced.

Which meant when it hit me, it came as a complete shock.

As a published author, I spend a fair amount of my time (probably too much – that was another possible post) hanging out online with other writers. Writers’ groups, listserves, facebook, twitter, blueboards. And in these places, you are always hearing about other peoples’ good news. About books hitting the NYT bestseller list, receiving awards, getting on state lists or indie lists or ALA lists. And even when I like the author and/or love the book, I noticed a little twinge each time, a tiny voice whispering, “Why not my book?” (And when I didn’t like the book, and am at a loss as to why it is getting so much acclaim… well, let’s not even get into that. It does not bring out the best part of my nature.)

So at some point last year, I found that tape (which is now, of course, available as an MP3) and listened to it.

This particular rabbi had two answers for people looking for ways to combat their own feelings of jealousy. The first is a religious one: that envy can be combated by faith. If you truly believe that God has given you what you need and put you in the place where you need to be, then it makes no sense to be envious of what He has given someone else. Now, I realize that’s an answer that’s not going to work for everyone. But I think it can be made more universal, at least for writers, by translating it into faith in your book. Not necessarily that it’s the most perfect book or the best book, but it’s your book; it’s the book that only you can write, that would never have been written if you hadn’t written it, and the readers who read it and loved it and sighed happily at the end – or had deep thoughts about it, or cried over it, depending on the book – would never have had that experience if not for you.

The second answer is actually a Yiddish expression, which can be loosely translated as, “If everyone put their baggage on the table, everybody would take back their own.” (Like all Yiddish expressions, it loses a lot in translation. At least, so I’m told, repeatedly, by people who speak Yiddish.) The idea is that every person has their share of joy and sadness in life, and if we all knew the full truth about everyone else’s lives, and could choose the life we wanted, we would choose our own.

Heretical as it might be to deny the truth in a Yiddish expression, I don’t actually believe that this is universally true. But for most authors, I think this is a useful way of looking at things, because it is so easy for us to compare ourselves to the few books that do amazingly well – when, in fact, the vast majority of books do not. When, in fact, the majority of books – even good books – don’t get published at all. 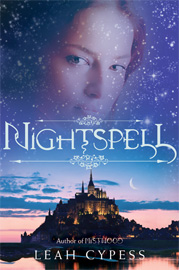 I know phrases like “Count your blessings” or “Be happy with what you have” can come off as ways of trying to minimize someone’s pain. But there is wisdom in them nonetheless, when they’re used appropriately. Because here are some things I didn’t put on the list of other writers’ accomplishments that have made me jealous: Making a “best of” list. Getting starred reviews. Earning out. Why didn’t I put them there? Because those are things at least one of my books has done. Why do the things I have done seem less important to me than the things I haven’t done?

Not only that: there are authors who haven’t done the things I’ve done, who might be jealous of me. I hope not, but why shouldn’t it be true? And I hate that thought, because I’m just like them, a writer who loves her books and wants them to do the best they can but is ultimately helpless to do anything about how they fare in the marketplace/ALA committees/whatever. And you know what? The writers who have done the things in the first list – hit the NYT list, gotten awards, gotten nominated – they are exactly like me, too. They just want their books to do the best they can and are thrilled by whatever successes come their way.

At the end of the lecture I was listening to, the rabbi gave one final piece of advice: that your faith (or whatever it is that gives you strength) has to be something you work on internalizing during the good moments, or the uneventful moments. The understanding that helps you combat jealousy has to already be in place when you need it.

So ironically, I find that the best way to combat jealousy is to do exactly what got me into trouble in the first place: hang out with other writers, usually online, and get to know them. To understand that their triumphs make them as happy as my triumphs make me, while their disappointments are just as disappointing. And with that friendship and commonality to bolster me, I hope I can become someone who rejoices wholeheartedly in others’ success; someone who can silence, or at least muffle, that little voice of jealousy.