The virus in The Way We Fall is totally made up, but there are plenty of super-creepy sicknesses that really do exist. Over the next several weeks, I’m going to fill you in on some of them. (Those with hypochondriac tendencies may want to skip these posts. 😉 )

To start, let’s go back to possibly the best known disease in history…

Caused by: The Yersinia pestis bacteria, most often carried on rats and spread to people through flea bites, but can also be transmitted via physical contact (direct or indirect) and through the air. 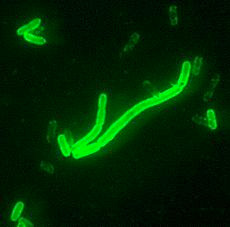 Symptoms: Depending on the type of plague and the stage, painfully swollen lymph nodes, chills, fever, headache, weakness, aches, rash, and coughing or vomiting blood.

History: There’s some debate about whether all of the epidemics that we attribute to the plague in the past were actually caused by what we consider plague today. Descriptions of symptoms from hundreds of years ago are sketchy and few between, and there were many other deadly diseases that spread through populations quickly from time to time. However, plague is generally accepted to be the cause of the massive pandemic that swept through Asia, Europe, and Africa in the mid-1300s, where it had an immense death toll: an estimated 1/2 of China’s population, 1/3 of Europe’s, and 1/8 of Africa’s died during those five years, which amounts to between 75 and 100 million victims and about 1/5 of the entire population of the world at that time.

Sporadic smaller outbreaks continued to occur for centuries after the initial pandemic.

Current status: Very rare in most of the world now, but there have been occasional cases reported in the United States, and brief outbreaks have been seen in various countries including India, the Congo, Madagascar, China, and Peru.

Creepy factor: For starters, this is a disease so virulent it killed tens of millions of people in five years. Yikes! All forms of plague have an incredibly high mortality rate. The most common bubonic form (affecting the lymph nodes) is fatal in about half of all cases if untreated. Much scarier? The septicemic (affecting the blood) and pneumonic (affecting the lungs) forms are essentially a death sentence if untreated–their mortality rates are almost 100%. Both can come on incredibly fast–you can die on the same day the symptoms first appear. So while treatment may increase your chances of survival, you have to get it fast. And those forms also spread more easily. When plague turns pneumonic, it goes airborne, as those infected cough the bacteria out of their lungs. 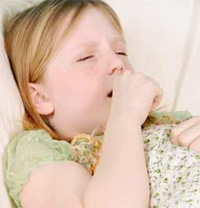 Also creepy: most people think of plague as something of the past. But as I mentioned above, it’s still popping up here and there throughout the world. These days, better hygiene and city cleanliness make it harder for the disease to spread, and better hospital facilities make it easier to treat. But what if that bacteria mutated? *shudders*

If you want to learn more: Not creeped out enough yet? Fictional accounts of plague include Connie Willis’s Doomsday Book and Albert Camus’s The Plague (both the inspirations for The Way We Fall), as well as a YA novel I loved as a teen, Jill Paton Walsh’s A Parcel of Patterns. For the facts, one of my reference books, Dorothy Crawford’s Deadly Companions, examines the plague as well as several other deadly diseases in history. (I’m sure there are many other great nonfiction books on the subject, but I can’t recommend others specifically since my research focused on viruses.)