I was hoping to post this yesterday, but between jet lag and having a meeting at the day job, there just wasn’t time. So you are getting it today!

In any case, I am back! And so, so glad we kept our plans. If we hadn’t been following the news, there was very little indication while we were in Japan that anything was unusual. I suspect there were fewer Western tourists than usual, though that was difficult to judge since we hadn’t been there before to compare. We missed a couple of attractions in Tokyo (Edo Tokyo and the observatory at the Tokyo Metropolitan Government Building–both have since reopened), and we sadly were not able to take the bus partway up Mt. Fuji because the road was closed for repairs. But otherwise the atmosphere and attitudes of everyone we encountered were very positive and welcoming, and we never felt unsafe. It actually made the trip even more meaningful knowing that the tourist industry was suffering and we were contributing to keeping it afloat.

We were without internet access our last four nights, so I’ll share a bunch of photos from the last segments of our trip: 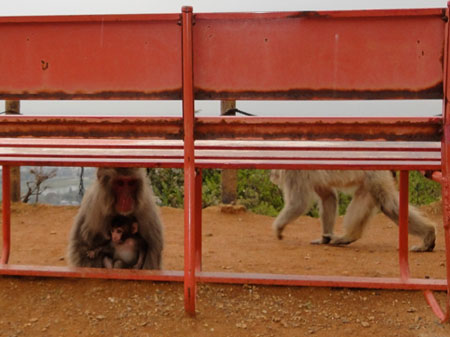 (At the monkey park in the Arashiyama area of Kyoto. Managed to snap of shot of this cute baby with his mom.) 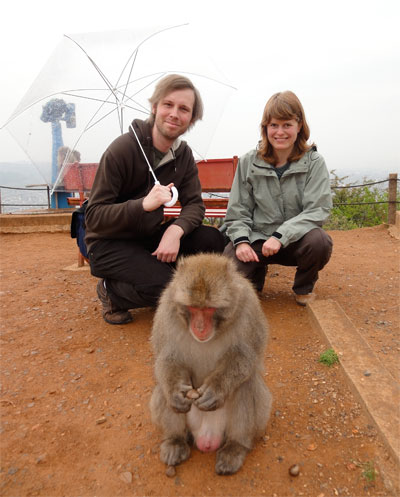 (One of the monkey park staff offered to take a picture of Chris and I–with one very un-self-conscious monkey. 🙂 So you have proof I was actually there!) 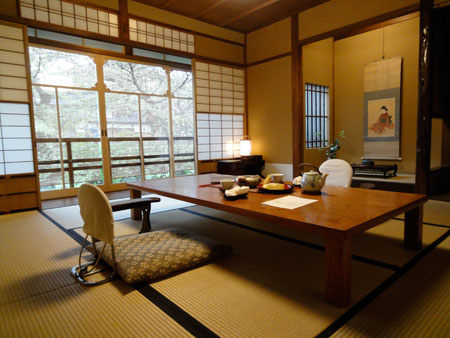 (Our room in the ryokan where we spent two nights, in the Gion neighborhood of Kyoto. A ryokan is a traditional guesthouse. The building was about 150 years old, and we slept on Japanese-style futons rather than beds.) 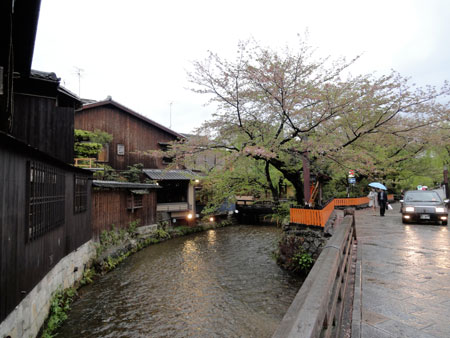 (The street our ryokan was on–our room looked out onto the canal.) 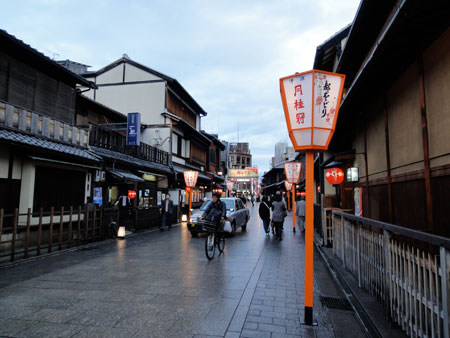 (Gion street in the evening.) 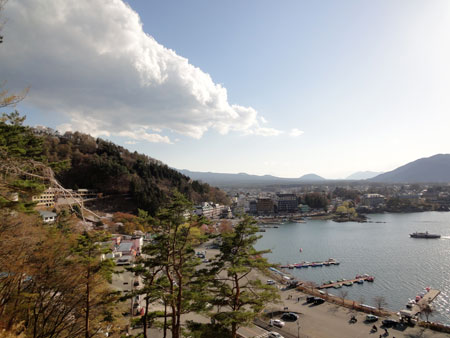 (Lake Kawaguchiko in the Fuji Five Lakes region, where we spent our last two nights. Our hotel is near the water, just below the tip of the clouds.) 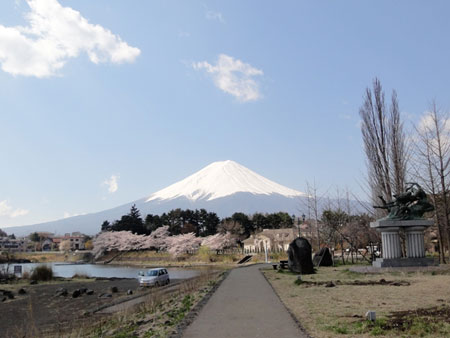 (The view of Mt. Fuji from the other side of Lake Kawaguchiko. We got lots of lovely clear shots of the mountain, though it did often like to wear a cloud toupe.)

I’ll be writing a longer trip report with more info and photos when I have a chance, and will link to it here for anyone who’s particularly interested in Japan or thinking of visiting!