Joining us this week is April Henry, the New York Times bestselling author of a number of mysteries and thrillers — most recently, The Night She Disappeared and Girl, Stolen for teens, and Eyes of Justice (with Lis Wiehl) for adults. Her books have been short-listed for the Agatha Award, the Anthony Award, and the Oregon Book Award, and translated into several languages. She lives in Portland, Oregon, with her husband and daughter. And today she discusses a struggle both physical and mental. 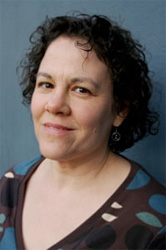 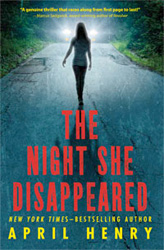 I Struggle With My Body by April Henry

When I was a kid, I was awkward and gawky, skinny and tall. My parents were thin but never exercised. I never saw either of them in shorts or a swimsuit. I grew up in a house of books, which was great training for being a writer, but not so great for being a physically active human being.

PE was torture. Every year the teacher would promise to grade us against ourselves, based on our own progress, and I would dare to hope.

They lied. At graduation, I would have had a 4.0, except for a string of Cs in PE.

In high school PE, I
-bruised my knee on the pommel horse so badly I could barely walk.
-froze with fear on the uneven parallel bars.
-managed to hit the softball so that it bounced back into my face.
-bruised the inside of my arm from biceps to wrist with the bowstring in archery.
-was one of just three people placed in beginning swimming, even though I had taken lessons. I was so skinny it was physically impossible to float.
-was beaten by every single girl during round-robin tennis. Even the one who was developmentally disabled. Even the one who had juvenile arthritis so bad she could only use one arm.

When I went off to college, we had to take a certain number of PE classes. I chose dance as the least painful. I still remember the terror of galloping in heels in a circle of other whirling couples as me and my partner (a guy who now works for the Department of Justice) desperately tried to polka. 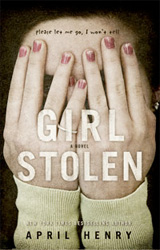 As an adult, I have slowly begun to claim my body. I exercise every single day. I run, I lift weights, and most amazing of all, I take martial arts. I was close to getting a purple belt in kajukenbo, and now I’m starting over in kung fu, working my way to an orange belt.

To be honest, I am not that good. I’m certainly not a natural. I still say, “Sorry!” nearly every time I hit someone. (Even when I’m supposed to be hitting someone.) I have to fight the urge to run away when someone is throwing kicks and punches at me. I’m still uncoordinated. In kung fu, you often have to be doing something different with each hand and each foot. That’s four limbs to keep track of. I usually manage only three. Grappling (lying on the ground trying to fight off some guy on top of you) makes me really uncomfortable. I’m not particularly limber, so those kicks to the head are more often kicks to the ribs.

It is a struggle.

It is a struggle I relish.

I am beginning to think of myself as a fighter.