Today we’re joined by Nancy Holder, the New York Times bestselling author of an impressive number of YA novels and short stories, including the recent Possessions series and Unleashed (with Debbie Viguie). Nancy lives in San Diego, California, with her daughter Belle, their two Corgis, Panda and Tater; and their cats, David and Kittnen Snow. She is a four-time winner of the Bram Stoker Award from the Horror Writers Association and has received accolades from the American Library Association, the American Reading Association, the New York Public Library, and Romantic Times. But despite her accomplishments, she still struggles with worries about how her stories will be received. 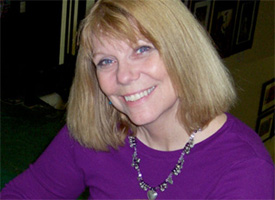 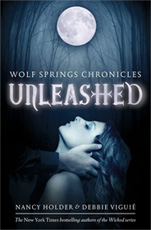 The Way I Struggle by Nancy Holder

What I have struggled with as a writer is anticipating how my work will be received. The internet obligingly informs me every time someone comments on a story or novel I’ve written. My sales figures are transmitted on a daily basis to my editor. I’m a pleaser, so it’s difficult for me to “just write” and let go of the outcome. I’m a fretter by nature and that just exacerbates the situation.

I felt a little better about this when I read that when Saving Grace was on the air, Holly Hunter, who starred, was so taken aback by judgments people would make in the Saving Grace forums that she began to lose sleep. When Marti Noxon, the executive producer of Buffy the Vampire Slayer in its later seasons, was asked if she read fan comments on the net, she said no, because the first thing she ever read was someone saying, “This is the worst Buffy episode I’ve ever seen”—and it was one that she’d written. 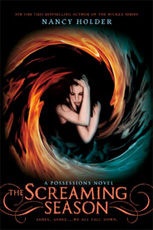 I want to let go freely and write what is in my heart, to write from passion and flights of imagination, and I do my best to focus on that. I have to disengage from wondering what people will think of what I’m doing — but when the feedback is so immediate, that can be a job of work. But it colors my effort. The best way to get past it is to move into the flow — that beautiful place writers can get to where all the words fall into place, and there’s a visceral, palpable knowing that you’re getting down on paper what you really want to say. For all writers, that is the one thing worth fighting for. Hands down.