Caused by: A parasite called Toxoplasma gondii. It’s mainly spread to humans through contact with cat feces (e.g., while scooping litter), though it can also be passed on via raw meat. 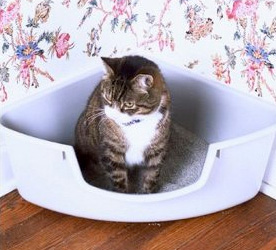 Symptoms: In the first month or two after infection (longer for a minority of patients), people experience swollen lymph nodes and/or muscle aches. More severe complications may arise in those with already compromised immune systems. Many people are infected without any symptoms at all and have no idea they carry the parasite.

Research suggests that Toxoplasma gondii may contribute to psychiatric disorders like depression, anxiety, and schizophrenia, and to behavior such as an increased number of traffic accidents. Scientists are not yet certain how close the links are, but they do know that the parasite can alter the mindset of another type of animal it infects: rodents. Rats and mice infected with toxoplasmosis become less afraid of cats and may even seek them out, making it easier for cats to catch and eat them, and for the parasite to return to its preferred feline host. 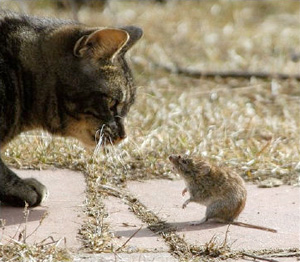 History: The parasite was discovered in animals in the early 1900s, and first seen in humans in 1940.

Current status: Toxoplasmosis continues to be a concern, especially for pregnant women, because the parasite can be passed on to an unborn child in the womb and cause serious health issues in infected infants. There is no medical way of preventing infection — avoidance of litter boxes and gardens where cats may have defecated can reduce the risks.

Approximately 10% of Americans are estimated to be infected with the parasite.

Creepy factor: Unlike the first three diseases I talked about, toxoplasmosis is highly unlikely to be fatal, and only creates severe problems for individuals whose immune systems are suppressed or not yet developed. In fact, you could be carrying the parasite right now and not even know it. How creepy is that? Even creepier: it could be affecting your thinking and behavior without your knowing. And even if toxoplasmosis doesn’t affect human brains that way, it’s pretty horrible just thinking about those rats and mice it sends blithely wandering into the path of hungry cats.

If you want to learn more: I’ve learned most of what I know about toxoplasmosis on the internet, but I first found out about the parasite from a YA novel — Scott Westerfeld’s Peeps. The book includes several descriptions of different parasites, including Toxoplasma gondii, and the information is tied into the plot in a very interesting way.