If you noticed I was pretty quiet on the interwebs last week, that’s because I was off in cottage country for my critique group’s annual writing retreat.

We mixed things up a little this year: going in September rather than the summer, which allowed us to afford a bigger cottage, and seeing if we could take each other’s company for a full week this time (before we’ve only gone for five nights). A fun and productive time was had by all!

Here’s a glimpse of the cottage, looking up from near the lake. There were not quite as many stairs as last time, but still a lot: 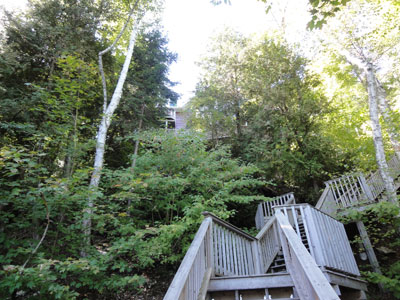 Inside the cottage, we had a huge common area that was a combination living room/dining room, with a rather immense moose head we affectionately named Wilbur. Much writing and brainstorming (individually and as a group) as done here: 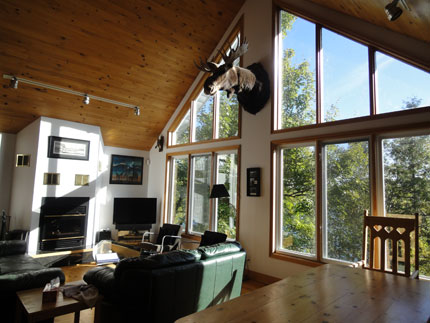 A couple of the bedrooms, including mine, had individual balconies that also made good writing spots. Here’s the view from mine, through the forest toward the lake: 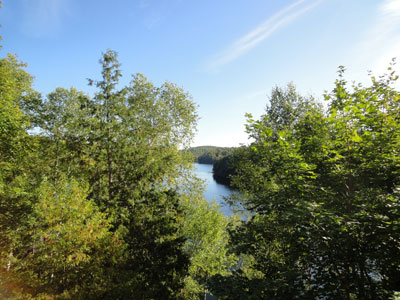 It was actually warm enough for swimming on a couple days–something we hadn’t been able to do at most of the past retreats because we seemed to keep getting the coldest week of the summer.

And of course, before anyone left, we had to take the obligatory group picture down by the dock: 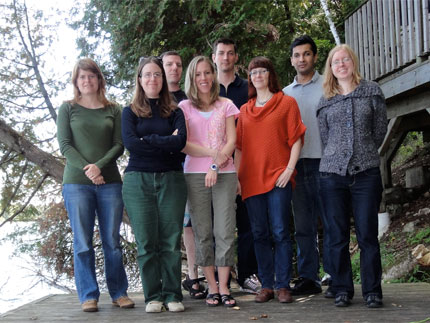 For those interested in how to set up your own retreat–for writing or anything else–I put together a little guide last year–see here.

Hope you all had a fun and productive week too!