Strangely, given that I was a pretty imaginative kid in general, I never had any imaginary friends. For about a year, though, I did have an entire imaginary world. 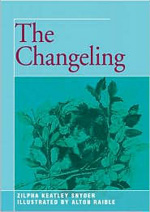 I don’t remember exactly how it came about. Some time beforehand, I’d read and adored THE CHANGELING by Zilpha Keatley Snyder, in which the two main characters make up a fantastic world where they act out an intense and intricate storyline, simply for their own enjoyment. And in fifth grade I became close friends with a classmate who did have imaginary friends, and loved making stuff up just as much as I did. She also loved unicorns. (I was more of a dragon person, but willing to be flexible.)

Somehow that combination of factors resulted in the creation of Unicorn Valley.

Unicorn Valley (or U.V. as we usually referred to it, for simplicity’s sake and also to be mysterious when talking about it among others) was a world of myth and magic that conveniently existed on a parallel plane with our school yard. We entered it by jumping onto the storm drain in one corner of the yard and exited the same way. While there, we and our unicorn friends had great adventures and battled all sorts of fiendish creatures. 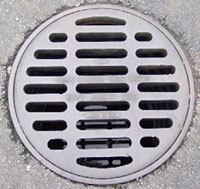 We spent just about every recess in fifth grade in U.V. We’d even come by the school yard to play there if we got together over the weekend.

But then in sixth grade we were in different classes, and started hanging out with different people, and U.V. started to fade. I remember one time, I think toward the end of that year, we were hanging out on the weekend and I suggested returning to U.V., hoping to recapture the excitement of it. But for whatever reason it fell flat. I couldn’t suspend my disbelief enough any more to get wrapped up in it. That was the last time we went. But I still have fond memories of that year when the magic worked.

That’s my story — I’d love to hear yours! Did you have imaginary friends as a kid? Worlds? Tell me all about them. 🙂