Welcome to the 13th YA Scavenger Hunt!

I’m Megan Crewe — author of YA fantasy, paranormal, and science fiction novels including A Mortal Song, the Earth & Sky trilogy, the Fallen World trilogy, and Give Up the Ghost — and I’m your host for this stop of the tour. 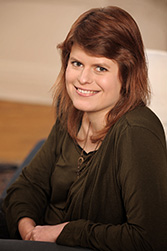 There are EIGHT contests going on simultaneously, and you can enter one or all! I am a part of the ORANGE TEAM–but there is also a red team, a gold team, an blue team, a green team, and a purple team for a chance to win a whole different set of signed books! 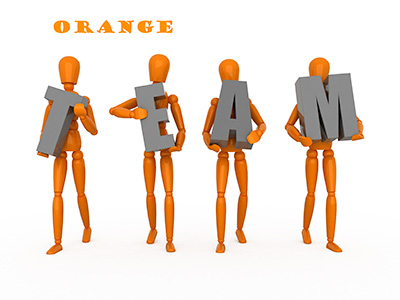 Directions: Somewhere on this page, I’ve listed my favorite number (hint: the number is highlighted in orange). Collect the favorite numbers of all the authors on the orange team, and then add them up (don’t worry, you can use a calculator!).

The author I’m pleased to be hosting for the YA Scavenger Hunt today is… Jeff Garvin! 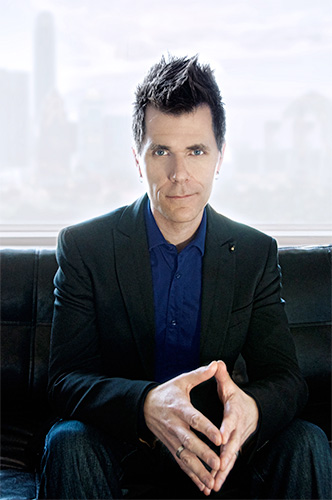 Before becoming a novelist, Jeff Garvin acted on TV and toured as the lead singer of a rock band. He has a BFA in Film from Chapman University and lives in Southern California, surrounded by adorable, shedding beasts. Symptoms of Being Human is his first novel.

And this is his book, Symptoms of Being Human — I love the minimalist cover! 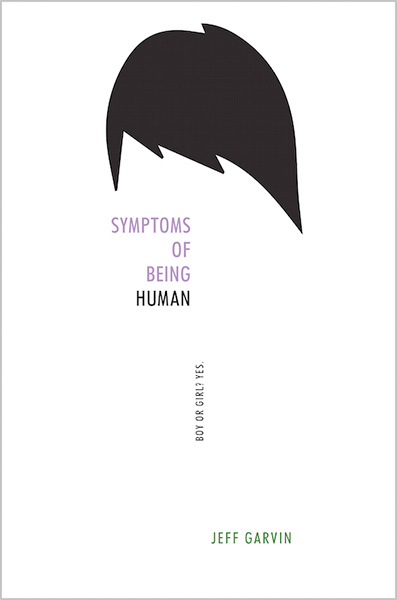 Riley Cavanaugh is many things: Punk rock. Snarky. Rebellious. And secretly gender fluid. Riley starts an anonymous blog to deal with hostility from classmates and tension at home—but when the blog goes viral, an anonymous commenter threatens to out Riley to the world.

Can’t wait to check this one out! You can order the book via the links here.

Here’s the exclusive bonus material: the alternate beginnings of Symptoms of Being Human. Here’s what Jeff has to say about them:

From first draft to published novel, the part of Symptoms of Being Human that changed most was the beginning. I wanted to create an opening page that drew in the reader immediately, set up Riley’s struggle, and generated momentum to propel the story into the following chapters. In this post, I’ll share three alternate beginnings for Symptoms of Being Human to give you a behind-the-scenes (between-the-drafts?) look at how the novel changed as I worked on it.

From the first draft, begun February 2014
I started the first version with a blog post from Riley. I thought it would be a powerful way to introduce Riley’s narrative voice and simultaneously establish that we’re about to experience a story that is not about (yet totally is about) gender identity. Here’s the original opening:

The first thing you’re going to want to know about me is: am I a girl, or am I a boy?

Don’t worry. I’m used to it; it’s the first thing everyone wants to know—even when they can see me. And, even if they don’t ask, the question hangs there. It shows itself in the narrowing of their eyes, the slight tilt of their heads. At best, it’s invasive curiosity; at worst, open condemnation. Either way, they want an answer: Boy. Or. Girl.

But it’s not that simple. In a digital world, where everything is on or off, black or white, yes or no, it’s hard for people to wrap their minds around something that’s NOT a toggle switch, but a dial. Okay, they say, but you were born one way or the other. Like, biologically. You know, anatomically.

I stand in front of my open closet, casting a flat, even shadow on the clothes hanging within, as though I’m the thing obscuring my own identity from view. I step aside to let the morning sun illuminate the inside of the closet, and I stare at the brand new wardrobe dangling lifelessly from a row of identical oak hangers. These are the clothes my mother so enthusiastically picked out during my nearly unendurable shopping ordeal last week.

From the third draft, written in August of 2014
In the end, I decided I did want Symptoms to begin with Riley’s first blog post, for all the reasons I stated in the introduction to the first draft excerpt. While I definitely captured Riley’s voice in this version, it didn’t have the same impact as the first two drafts, so it was eventually rewritten and cut dramatically.

I don’t want to write you. I don’t want to confess my darkest secrets on a freaking blog. To broadcast my deepest insecurities to the anonymous Internet horde. To fling my flaws into the ether, to be consumed by anyone with a Wi-Fi connection and time to kill, all in the name of therapy.

As if anyone is going to read this.

God, I sound so bitter. Do I sound bitter to you? I’m not that bitter, I swear.

Except when I am.

But seriously, blog. The thought of spilling my guts to an audience of roughly nine apathetic strangers fills me with a sense of self-loathing so profound, Kurt Cobain himself would find it impossible to express in song. And isn’t this whole writing thing supposed to be helping me manage my self-loathing?

And yet, here we are, blog. You and me, alone on my bed on the morning of my first day at a new school.

I’m not doing this.

From the finished version, published February 2016
In the end, I was determined to have that first line from the rough draft (The first thing you’re going to want to know about me is: Am I a boy, or am I a girl?) appear as the opening sentence of the novel—but starting with a full-blown blog post slowed the pace of the first chapter too much. So I split the difference and had Riley begin a new post, only to abort it a few lines in—something I’ve done many times in my own blogging life—and then we dive into Riley’s morning before school. Here’s the opening from the published version of Symptoms of Being Human:

The first thing you’re going to want to know about me is:  Am I a boy, or am I a girl?

I stop typing and stare at the cursor, which flashes at me incessantly, as if mocking my inability to write one stupid post.

“Riley!” It’s my mom, calling me from downstairs in her singsongy voice. “If you still want to be early, you’d better come down for breakfast!”

I hope you’ve enjoyed this look into the drafting process for Symptoms of Being Human. Thanks so much for reading.

That was a fascinating glimpse into the writing process! I know I rewrite all my beginnings many times before I get them right — there can be as many as 8 different versions.

To keep going on your quest for the hunt, you need to check out the next author, Kathryn Holmes! 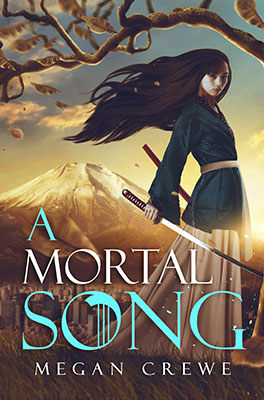 A lucky winner will receive a copy (in whatever format you prefer) of my newest release, A Mortal Song, plus swag! Use the Rafflecopter form below to enter.
YASH A Mortal Song giveaway