I wanted to share a kissing scene from one of my books for Valentine’s day, but I found myself with a dilemma. There is no romance in Give Up the Ghost. And to reveal any kisses from The Way We Fall or its sequel would be rather spoilery. 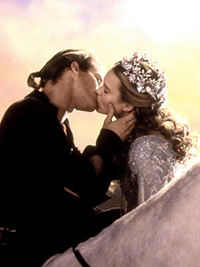 (No fears, though, romance fans who were disappointed with the platonic-ness of Ghost. TWWF is most definitely a kissing book.)

So I am giving you a kiss from a work-in-progress. The scene comes from what I have been calling “the Japan book” because it doesn’t yet have a title, a contemporary fantasy YA. This is extra special because NO ONE in the entire world has read any of this book before now, except for me of course (because it is rough enough overall that I haven’t shown it to my crit partners and it’s been waiting on my trip to Japan this spring before I do rewrites).

Anyway, on with the kissing!

A dark shape shot out of the underbrush near Keiji’s feet. He flinched away with a yelp, and tripped over a root jutting from the soil behind him. I grabbed at him as he fell. His arms flailed, and one hand caught my wrist, but he was already too off-balance. He toppled over the edge of the ridge we’d been walking along, and I tumbled after him. We skidded several feet through mud and damp grass, Keiji on his back and me on my side, until I caught a hold of a plant with strong enough roots. We jerked to a halt. Midori, who had sprung from my head as I fell, hovered in the air over us.
A large black rabbit hopped across the trail of broken plants in our wake and dashed off into the brush. Keiji started to laugh.
“I thought—” he said. “I thought—” But he was gasping too hard to finish the sentence. I looked down at the two of us, mud-smeared and breathless for fear of a rabbit, and giggled.
Keiji made a movement as if to squirm upright, and his shoulder bumped mine. He stopped abruptly. I turned my face, and realized his was only inches away. I could feel the air he exhaled against my cheek.
It was the perfect time for him to make one of his jokes. I braced for it. But he just stared up into my eyes. Something in me melted. I was muddy and disheveled and abandoned by those I was supposed to be helping, and this boy was looking at me as if I was the clearest of night skies and he’d never before seen the stars.
A tiny voice inside me murmured, Why not? I lowered my head and kissed him.
Keiji’s lips parted in surprise under mine. The gentle movement sent a shiver over my skin. I’d never kissed anyone before, not on the lips. I hesitated, my mouth still brushing his, wondering if I was doing something wrong, and then Keiji seemed to wake up beneath me.
He shifted up on one elbow as his other hand slid around the back of my neck, tilting his head as he drew our mouths closer together. His fingers were slick with mud and the edge of his glasses bumped my face but in that moment I was just fine with that. His lips were warm and a little rough against mine, shifting slowly with the most delicate of movements that made my heart pound and my head spin in a way that seemed altogether out of proportion but it was good, my pulse was singing, my blood dancing, the lingering taste of the peaches we’d eaten for breakfast, the softness of his skin as my palm found his cheek—
And then I woke up. I was lying here kissing a boy I’d met two days ago when the one I’d loved since I was old enough to notice might come racing back any moment. I jerked back, pushing myself upright. My lips tingled as if all the ki in my body had settled there. Heat flushed my face, far more intense that anything the sun offered. I stared up at the path we’d fallen from, willing it to pass.
Keiji didn’t move. I could feel him watching me, hear the gentle rasp of his breath. In the silence that stretched on, it made my heart stutter again.
“We should keep going,” I said. “There isn’t much time.”
Keiji swallowed. He shoved himself into a sitting position. I wasn’t looking at him, but all I could see was him crouched there beside me at the edge of my vision. “Yes,” he said. “Time. Right.” He took off his glasses, wiped a smear of mud off them on one of the few not-muddy parts of his T-shirt, and slid them back on. Grabbing onto a sapling, he hauled himself to his feet. I scrambled back up to the path ahead of him, before he could offer me his hand.